The National Disaster Management Institute (NDMI) in South Korea wanted to obtain and develop a low cost monitoring system that would be able to improve the SHM of structures and to adequately increase the spread of the structural performance all around Korea. Studies were needed to provide the necessary information.

At the time, monitoring the performance of different types of structures was not widely employed in South Korea. Therefore, the NDMI determined to study various structural performance tools to mitigate the potential risk of conventional and unconventional structures all around Korea.

In the study by Kaloop, Hu, Sayed and Seong*, researchers aimed to assess the structural performance of the administrative building in Seoul National University of Education during earthquake shaking, investigating the structural performance based on a novel and simple application of nonparametric and parametric statistical methods and wavelet analysis. In addition, the assessment of the acceleration responses of the building were presented based on analysing the wavelet energy content. They also checked the safety of the building and the low cost acceleration monitoring system efficiency.

The structure studied was the 7-storey main administrative building at Seoul National University of Education. It is a reinforced concrete building with a total height of 26.5m; the building has extensions in all directions. The components of the SHM system included GeoSIG’s AC-7x series accelerometer fixed on the roof, a GMSplus6 data logger with built-in accelerometer and storage PC fixed in the basement, and an AC-7X series accelerometer at free-field (ground) point – 13.26m from the building. The recorded data were digitised by the 24-bit analog-to-digital converters of the GMSplus6 and then sent through a Bluetooth module and access point. All measured data were collected and then stored in secure digital memory. One-channel acquisition devices were used in the study, whereas each acquisition device is synchronised by a signal sender from a computer at each time. 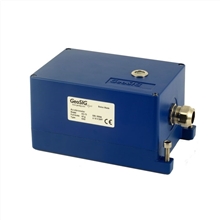 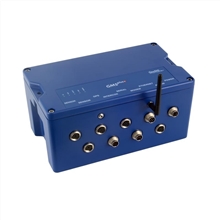 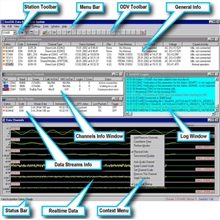